A new smartphone app has just been released, which gives a traffic light rating for food based total fat, saturated fat, sugars and salt.

The new app, called ‘FoodSwitch’, was developed by as part of the Healthy Foods Initiative, a partnership between Bupa and The George Institute for Global Health. The app can rate 20,000 packaged food products found in Australian supermarkets.

You simply use your smartphone’s camera to scan barcodes of packaged foods and it rates the food based the amount of total fat, saturated fat, sugars and salt per 100 grams, and suggests similar foods that are healthier choices. 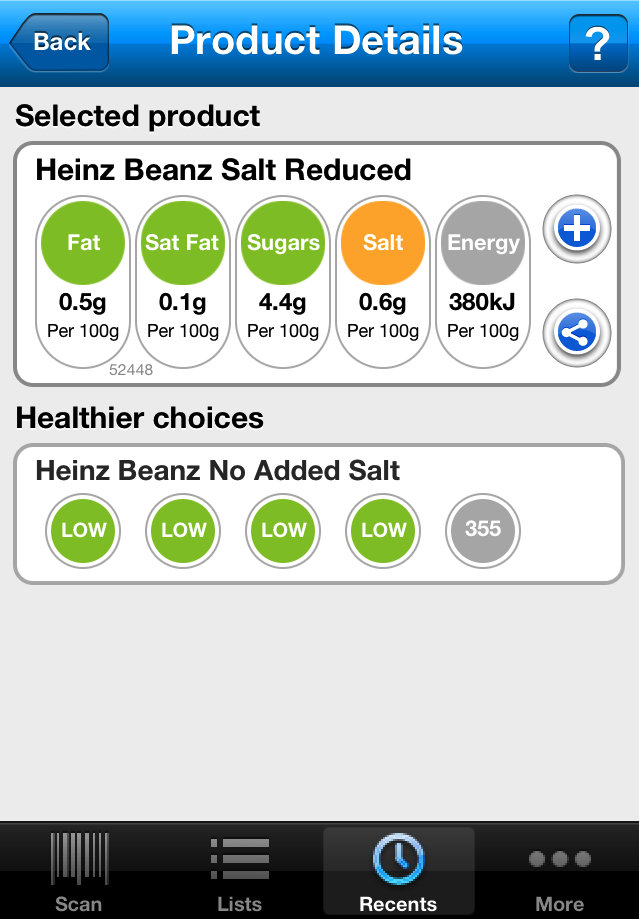 While this app can provide you with quite a bit of useful information, you need to be careful with certain foods. For example, if you scan a packet of unsalted nuts, it will show up red because of the high fat content. But a handful of nuts a day is actually good for you. Conversely, if you scan a can of sugar-free Red Bull, it will show up green because it’s got no fat and no sugars. And we all know how unhealthy a can of Red Bull is…with or without sugar.

If used correctly and with a bit of common sense, hopefully your shopping trolley will have mainly “green” foods with only one or two “red” foods.

Currently, the app is only available for iPhone/iPad users only but an Android version is believed to be in the works. You can download FoodSwitch for free via the iTunes App Store.