There are over 1.75 million households in Australia with a Nintendo Wii and around 52% of them own the Wii Fit game. 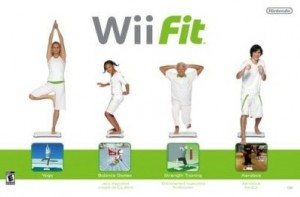 The American Council on Exercise (ACE) conducted a study on the fitness benefits of Wii Fit. After analysing the six most aerobically challenging activities featured in the Wii Fit (Free Run, Island Run, Free Step, Advanced Step, Super Hula Hoop and Rhythm Boxing) the study concluded that the exercise intensity of some of the activities in the game was proven to be lower than expected. However, it should be noted that this study only used 16 volunteers (both male and female between the ages of 20 and 24).

So, if you’re using the Wii Fit during time that you would normally be watching TV or surfing the net, then something is better than nothing. However, you shouldn’t replace regular exercise with time on the Wii Fit as it may be a good place to start, but not be your only source of fitness.

As a side note, the ACE report mentioned that you’re better off doing Wii Sports than Wii Fit because in Wii Sports there’s more jumping around and you’re not constrained by having to stand on the balance pad – there’s more freedom of movement and you get a better workout.